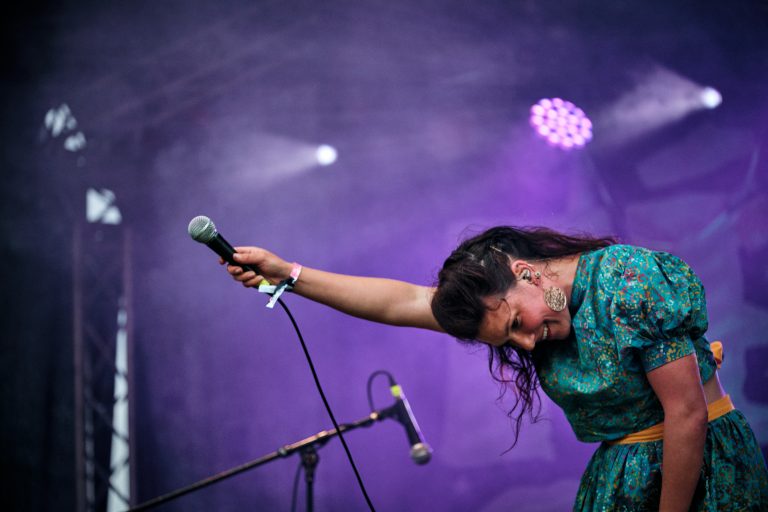 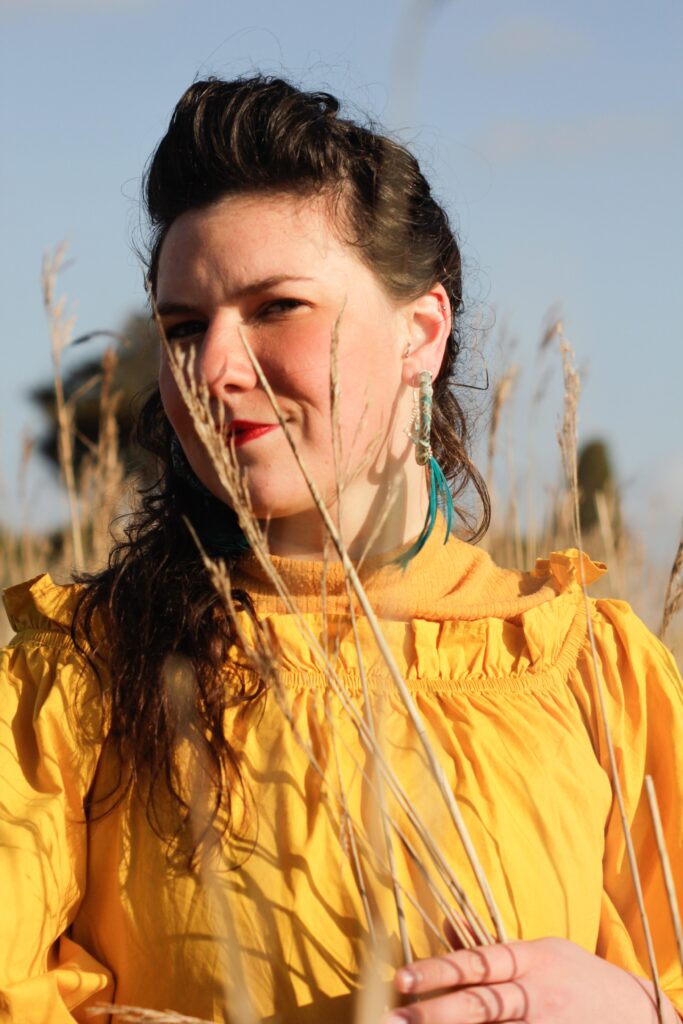 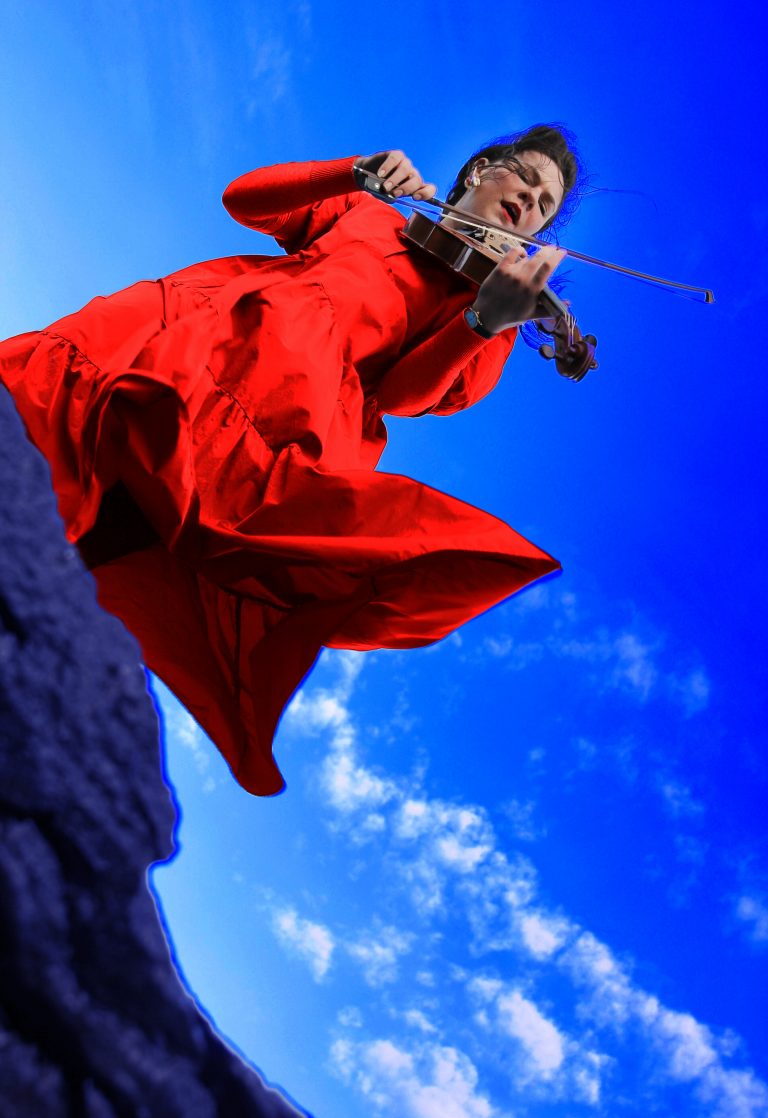 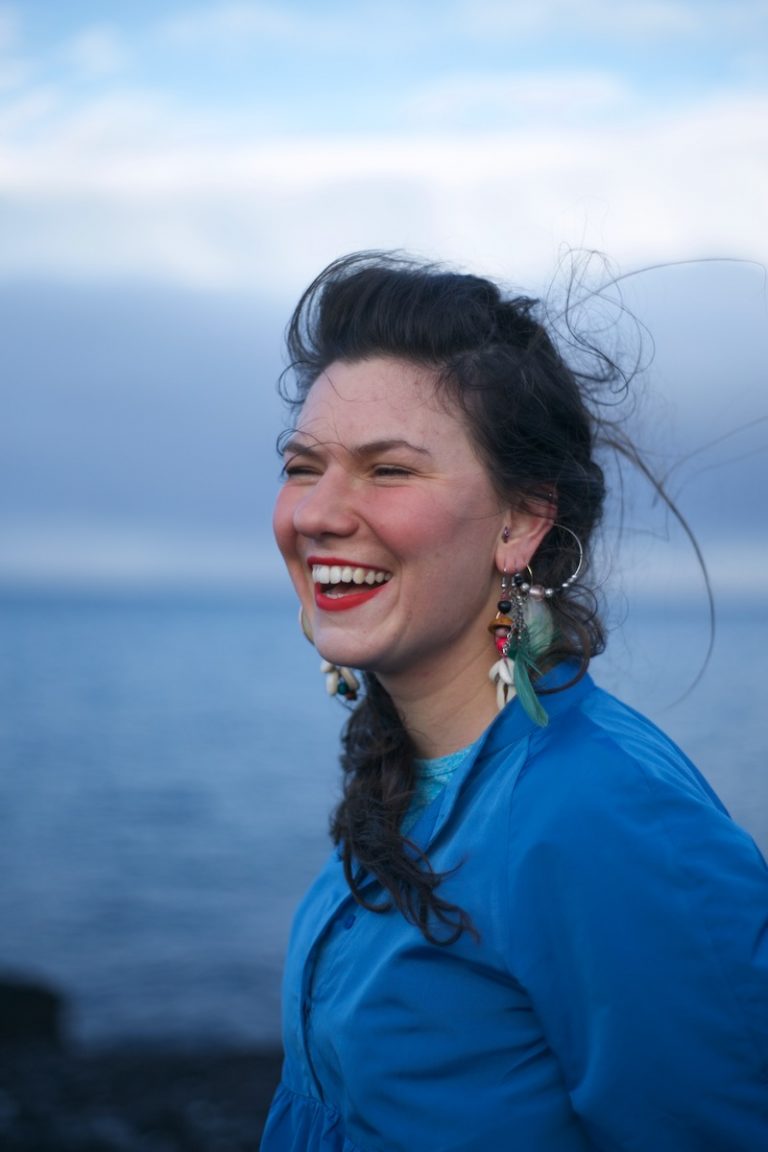 Channeling the music of her ancestors, Clare Sands is a unique force in Irish music. Weaving traditional roots with Contemporary sounds and influences, Sands sings for the young and the old, brave and the bold. By day, the award-winning young artist has an ever evolving and extraordinary eclectic musical career, whilst by night, Sands is an open water swimmer and black belt, holding several world medals representing Ireland in martial arts!

With deep family roots in Co.Wexford and Northern Ireland, Sands took up the fiddle at the age of three, learning Irish traditional tunes from her father Seamus on a weekly basis, while her mother Susan introduced her to the Blues. After school, Clare went on to study Music & Italian in UCC, and a Masters in Composition & Creative Practice at the Irish World Academy, receiving first class honours. While at university, Clare developed her skills as a bilingual songwriter, composer, and multi-instrumentalist, playing ten + instruments!

Since then, Sands has been wowing audiences around the world with her groundbreaking Fearless Folk style and infinite warrior energy. These electrifying live performances see Clare on fiddle, guitar, percussion, vocals & cassette recordings. An unmissable, raw live performer, she brings her audience on an exhilarating journey of celebration, resilience and hope. Performing with the likes of Hothouse Flowers, her musical soul brothers, as well as Kíla, Brian Finnegan, Mary Coughlan & many more – Clare’s free and fearless spirit is never shy.

2022 saw the release of Clare’s highly anticipated self-titled album. Earning her a ‘Best Folk Singer’ nomination at the Irish Folk Awards, Irish Times Top 5 Folk albums of 2022, No.1 single ‘Sail On’ featuring on RTÉ 1 and Spotify’s ‘A Breath of Fresh Éire’ playlist, and highly acclaimed praise from the BBC, Songlines Magazine & Folker (DL). Following stand out performances at Glastonbury Festival, Celtic Connections & the Irish Arts Centre NYC last year, Clare will continue to carry her song throughout the UK, Europe & USA in 2023.

Praise for my Music

‘Sands reach is wide & deep. This album speaks most of all of resilience & solidarity, of friendship & kinship. This fine debut revels in Sands innate & fearless curiosity, and her insistence on diving deep below the surface. A mighty first step to what promises to be a lifelong expedition.
Siobhán Long, The Irish Times

Armed with the combined powers of virtuosity, boldness, and a touch of madcap spontaneity, Clare Sands has continued to mark herself as one of Irish music’s most compellingly unique forces.

An empowering, exceptional talent, channeling the music of her ancestors while reimagining the sound of a new Ireland.
Lynette Faye, BBC Radio Ulster

Her songs and music reflect and renew the past and present, both in English and Irish. Her own voice, sensibilities and cares make her music so powerful – the personal becoming the universal.
The Irish News